I wonder if there are any other countries with vending machine with coffee or not.

Is it unusual or usual??

While I was walking in Nara with Slyvain on Monday, I just noticed that French vending machines do not have coffee.

After Todaiji temple, we went to a restaurant to eat.
Here is happy Sylvain with tea in his hand and our meals~~~~~!
I had the one in the middle photo (sashimi, raw fish Tofu, miso soup set ), Sylvain had the right one (chirashi zushi and nyumen noodle set). 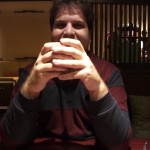 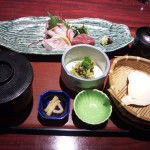 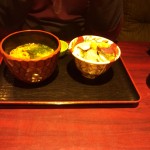 Sylvain wanted to have a cup of coffee after the meal, but it cost 300 – 400yen so we left the restaurant and walking on the street.

I tried to remember how that was in the US. I do remember they had coke but cannot really remember coffee. They probably had one comes with paper cups but not so sure about in the cans.

Here are coffees in a vending machine. Red color at the bottom of the can means hot and blue cold.
I have been told from one of my German friends that cold coffee is weird……. Is it——?!?! 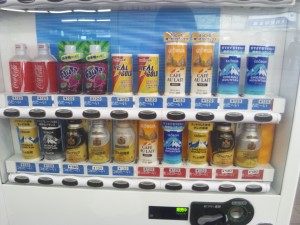 Will write a bit more on this in the next post!! 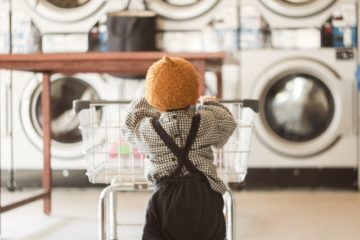 Coin Laundry in Japan! How much and How to use?