How are you doing? I am doing fine!

As I started a part time job last week at a nearby restaurant, I am kind of hectic but doing well!

I am traveling to Shiga today for a band practice!

I joined a band as back chorus the end of April! The band is pretty much fun!

As I wrote a bit of myself, why I started to do what I do (help people from other countries

buy stuffs from Japan) the other day on titled “Associate with people from other countries”,

I got several comments via facebook and emails. Thank you so much!

It made me really happy that people enjoyed reading my personal stuffs (*^ ^*).

So I am writing a bit more on it today.

On the last blog, I wrote about I had a blog titled “Peep at Japanese Life” and made friends

from other countries. So here is the sequel of the story~~~

One day, a friend from the site Nick asked me

“Topo, is that possible for you to help me find

the CDs of my favorite band?

I looked all over in London and could not find them.”

* Topo was my handle name on that site by the way.

Nick gave me the names of the CDs he was after.

The following Sunday I went to a CD shop and looked for the CDs.

The CDs were from the band named “The Yellow Monkey”.

After picked up the CDs, I forwarded them to Nick via mail.

In several days, the parcel got to Nick and

he wrote about the parcel and me with some pictures on his blog.

Seems it made him SO HAPPY! 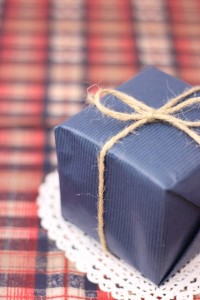 Here is the note Nick made with his paypal transaction.

Oh seems he paid more because he was late ( *´艸｀), I really did not remember that way :p,

but anyways I was very happy that the simple tasks made him SO HAPPY!

Back at the time, I was resting at home not working so I thought,
hey! if this would make him SO HAPPY, probably there are more people who would be happy
purchasing stuffs from Japan, maybe I can sell stuffs abroad via Internet.

As I checked my paypal history, it was the exact same day I opened my eBay account
with the day I received the payment from Nick XD.

I knew I moved pretty quick on it, but really did not know it was the exact same day XDDD!!

So this is how I started a store on eBay.

And I will be meeting another English man via eBay

who is a big H!P fan and will be my other key person