I have been thinking about writing Japanese lesson blog but have not done much yet.

I think it will be really fun learning Japanese with lyrics for music lover so today I am going to use Morning Musume. ’16 new song “Sō ja Nai” to learn first 5 basic Japanese alphabet (5 vowels in Japanese) and see how people like it.

If you read & watch this post, let me know what you think!

OK! I am going to teach you 5 Japanese basic words & expressions using these first 5 letters. Some of them, you can hear them in the new song :D!!

English subtitle is “Love is probably… Love is like…”

This word is also in the other new song “Mukidashi de Mukiatte”.

Check it if you can catch them. There are two parts with that word :D!!

All right, then next word.

This is good to remember if you are coming to Japan.

English subtitle is “Those condescending remarks”

OK so if condescending is referring someone superior to inferior, it makes sense.

Sine the Japanese lyrics “Ue kara mesen no sono phrase“, “the phrase from looking down from higher position” sort of.

Anyways, let’s just remember “ue” in Japanese means “up” and try to catch the word in the song!

“ee?” is not really a phrase but we say it when we are surprised XD!

You say that in English too right? Guess we have that in common so you can use that in Japan as well. People would understand you :p.

And so as the previous one, this is not really a phrase but

“o-!” (“o” plus bar) we say this one also when we are surprised as you say “Oh-!” in English. I wonder those surprising sounds are universal…

But I know in Chinese people say “aiya—” when they are surprised… well we say “ah—!” as well but not quite the same.

OK! Now let’s write about writing order of each of those five Japanese alphabet.

You can remember, we write basically from left, top, right, down order.

Let’s explain with the first letter “a”

The first stroke is from the very left of this letter. And the second stroke is the one at the top. The third stroke start with the next high position.

So the second letter is easy I think. You can try.

Probably the last one was a bit difficult. You can check the answer at the very bottom of this post ;)!

When we write Japanese, we have two ways to write.

One way is like in English, write from left —> right then go down.

Another way is, as you can see on the above 5 basic Japanese, write from top to down and this one goes right to left.

Answer of “Try by yourself” 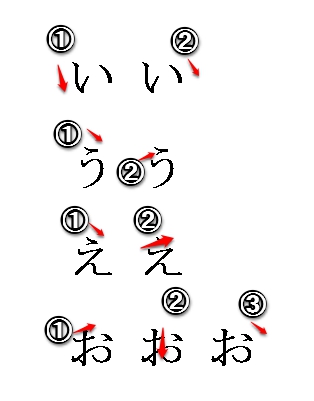 OK! Hope this was fun lesson!

Leave comment if you notice something or have some suggestion etc. I will be shedding tears to see your comment ;)! 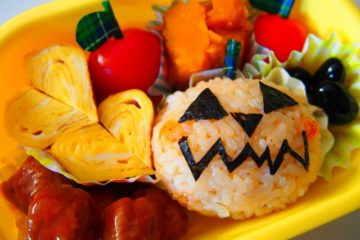 Hi there! Have you heard of “bento“? or “obento“? That is Japanese boxed lunch. There are many kind of bentos and “hohuku bento” is one of them. “hohuku” means “revenge” in Japanese. If you want Read more…

How to say “Want to” in Japanese

Hello!   As I shot a new Japanese Lesson video on my YouTube yesterday, I am writing on it and explain a bit more about the Lesson I made.   I explain how Read more…

Hi there!   I have been thinking of making Japanese Lesson videos on YouTube, and finally recorded one lesson last week, yay!   Here is the lesson video. I am going to explain the Read more…