You may want to read “C-ute Saitama Arena ticket 2017” to fully understand this post.

So here we go!

how much would the ticket cost for such a concert on Yahoo auction and also how the process will be.

How much would the ticket cost?

This is all depends how much people want to bid on the auction, however I think

may give you an idea,

so will write how much it was for Buono! concert ticket.

Before I start writing, the venue will be different from Buono! concert.

C-ute concert will be at Saitama Super Arena, capacity 37,000. Oh so SSA will have more seats, that seems good :). 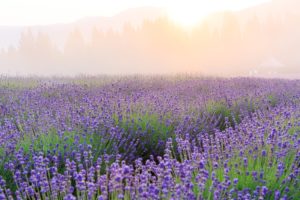 OK! So writing about how much.

As I checked, there were

Since the original FC ticket price was 8,300yen, the auction price was not that bad.

The first FC ticket with seat number came out on August 9th which is 16 days prior to the concert (the concert was August on 25th so it was 2 weeks + 2 days before the concert).

The seat number was

The seat number was

OK, to make the article simple, I will write the process in different post =).

Here are some other things I noticed while searching, but did not want to write in the article since it would get confusing.

Here is the additional note for the mark *1 in the article.

Auctions held in July, there were tickets with seat number.

Those were probably achieved with normal ticket sales which is super competitive with these concert.

So I am not going to help you with this normal ticket sale. Too much work with super low reward (close to 0 chance to get the ticket with calling the number for 15 minutes non stop or going to convenience store 10am and such).

before the FC ticket with seat number came out on August 9th.

This is a good information thanks, I want to know something else, can I buy a ticket without being a FC member? How could you help me? I want to know the exact process to get a ticket with you…how I will pay you? How much is gonna be your fee? Sorry if I can’t explain me so well, I’m very bad in english jejeje

Hi there. You do not have to be a FC member to buy a ticket.
All the other questions, I answered in the new post, so check it out at the link below ;)!
https://www.anythingaboutjapan.com/2234/c-ute-ssa-ticket-2017-buying-process/

Hello there. I have asked about the C-ute last concert ticket that will be held next June (June 2017) at Saitama Super Arena. He wanted to know if I can help him. So I will Read more…