I have asked about the C-ute last concert ticket that will be held next June (June 2017) at Saitama Super Arena.
He wanted to know if I can help him.

So I will share the reply to his question here.

There are several ways though, these are 2 most recommended.

(the biggest Japanese auction site) when the fan club lottery result comes out.

This is usually sometime 3-6 months before the concert.

At this time the seat number is not known.

members so the auctions are with seat number.

Here is the link to the Yahoo auction result keyword

so if you see tickets come out and want to ask me to get hold a ticket for you, you can leave comment here :). 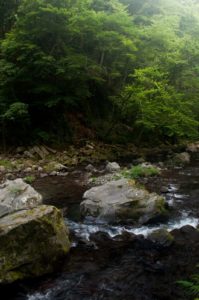 P.S. Have asked whether to become

the H!P fan club member and enter the FC lottery is the best way.

Here is what I think.

Those big concert such as disbanding and popular member graduation,

the CHANCE TO WIN THE FC LOTTERY is LOWER than usual.

For the Buono! reuniting concert last month (August 25th 2016),
I went for the FC lottery with 3 memberships for my friends and just won 1.

so I think it might be better to put that 6,100yen for the bidding money.

The decision is all yours so if you want to become the FC member and enter the lottery, I can help you with that also. For those people contact me quick since the FC lottery usually be held 3-6 months prior to the concert, and it takes a month or a month and a half to become the member after the payment to join so I believe

you would want to join the FC in September 2016

If you are already the H!P FC member then you should go for the lottery since you do not have to pay that 6,100yen.

In that case, I can help you also.

I’m from México and i’m saving money ’cause I really want to go to that concert, if I understood…you can get a tickey for me, can’t you? What is the process to hold a ticket with you and do you know around how much it will cost? Thanks

When can we buy tickets? Id like to go to this…

Thank you for the comment.
The tickets are not out at the moment.

Most probably the tickets will be out sometime 3-6 months before the concert.
You should see some tickets if you keep checking on this link
https://goo.gl/8JTFOd

Hi! I’m glad I found your page. I’m going to keep a look out when FC tickets go on yahoo auction. Do you think you would be able to help me? Thanks. 🙂

Thanks for your message. I will be happy to help. I just sent an email to your yahoo email address.
Please check and if anything not clear let me know. Please check the spam box also if you do not see
it in inbox. Thank you!

My Name is Anja and i am from Germany and i really Love to Go to The Last Concert of C-ute ,because i wanna See Them at least once in my Life.
I know as i See from your Last Messages that The Tickets are Not Out yet,but if The Tickets come Out,how can i buy Them if everything is in Japanese ?
Thanks.

Hi Anja, thanks for your comment.
You cannot use Yahoo Auction unless you understand Japanese.
If you check on this link
https://www.anythingaboutjapan.com/2234/c-ute-ssa-ticket-2017-buying-process/
“contact form” at the bottom of the above post, you can contact me there to let me know how many tickets you want etc. so I can help you.
Hope it clears your question. Danke!

I have got a question to the Accommandation Info mail.
Do i have to Book The Hotel and The flight to Saitama First before i can receive The Concert Ticket,because in The Accommandation Mail it’s Said that i have to send a Mail to the Hotel i am staying during The days ,but i did Not yet Book The Hotel ,so i do Not know how to contact The Hotel.
I am asking you ,because i am afraid If i Book The Hotel and The flight before and i am Not getting The Concert Ticket i will stay in Tokyo for für days without a Plan and therefor it’s too expensive for me.
Arigatou.

Oh you are the one who sent the email via the form.
No you DO NOT HAVE TO BOOK your flight and hotel to ask me to buy tickets.
The tickets are not out so I did not reply to your earlier emails.

But I came to notice that you did not know the tickets are out or not.
I just added a screen shot on this post and update the dates, so it will be more clear to people who do not read Japanese. Sorry if I made you worried over not replying on the emails earlier.
So please do contact me again when you see the tickets are out via the form?
Danke =D!!! Arigato :).

Hi there! I have asked about Hello! Project release event so am writing about that today. There are release event normally held on the weekend of a new single release. They usually listed on Read more…

Hello every one!   Thank you for the questions on my previous post “C-ute Saitama Arena ticket 2017” and warm welcome back comment ^_^ <3. Arigato!! I have added P.S. for the question Read more…

Hello———-!     I just saw this news on online news!   Ayaya, Matsuura Aya from Hello! Project got married with the vocalist of w-inds today!   Congratulations Ayaya and Keita Tachibana!   Read more…