Hey~, how are you doing?

Last Sunday, one of my band guitarists

in Osaka. So we went to see the live!

It was the 7th anniversary of the bar they played in so we got free drink.

Paying the 3,000yen at first then we did not have to pay anything for drinks.

I have not been too much live bars but guess it was pretty cool treat :D!

This is the son of the guitarist, Juma-kun.

The second is Juma and me. I had to put this one up since this is good photo of mine XD. 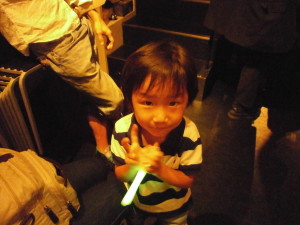 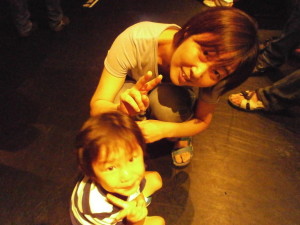 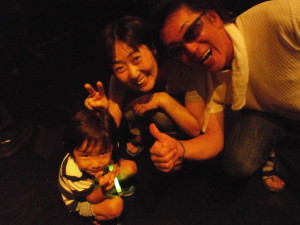 This is Juma, me and Mine-san. Mine-san is the other guitarist of my band.

He was shouting out laud at the live and he lost his voice the next day XD was so funny!!

Mine-san is not the father of Juma ne, the guy in the photo below on the right end

(with a guitar) is Juma’s Dad, Hisato-san.

and we go there every once and then. Pretty cool to have a private studio!! 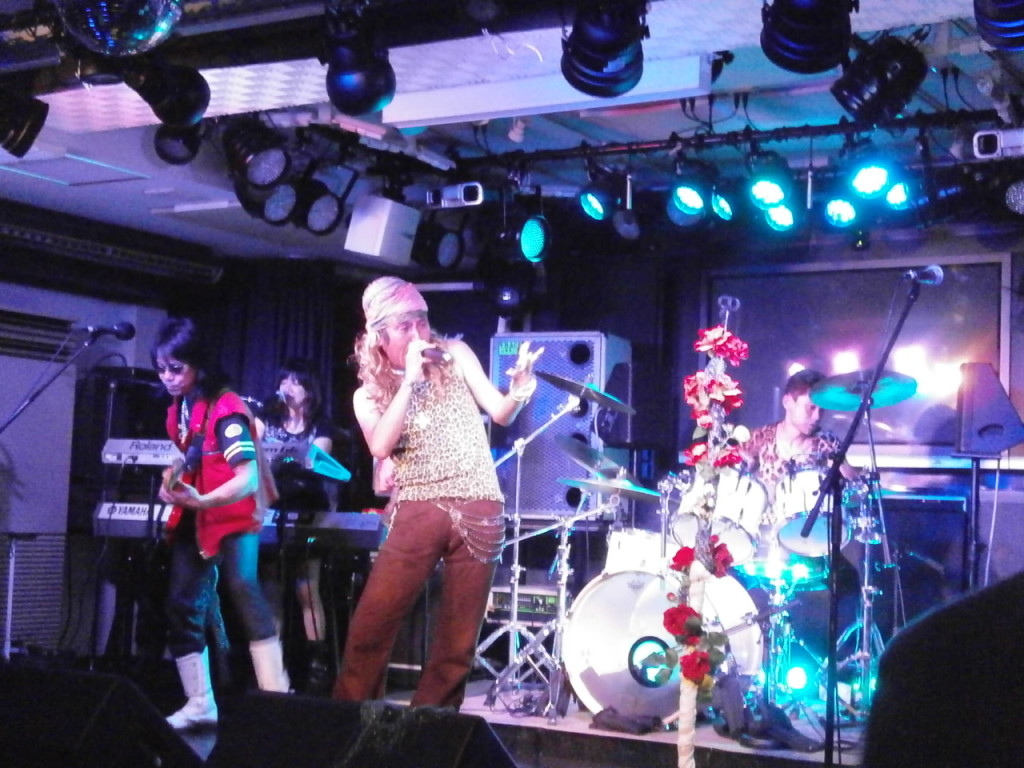 wanted to put my eyes away from him but couldn’t… haha, kind of his eyes caugh my eyes

and never get away.

About the eye power, we call it “Medikara” in Japanese.

meaning a person with strong eye power? or eyes with the power if that makes sense.

You can get the image with this illustration right XDD??

There were 3 bands performance that night.

My band guitarist’s band went first and the second one was guitar and Niko, a Chinese

Hummmm cannot find the similar music that the guitarist played on the net.

It was SOOO COOL! It’s pity that I cannot share his music here!!!

For the Niko (erhu) play, you can check it out here.

This is her (Kimura Haruyo) homepage.

These guys were the 3rd and the last band. 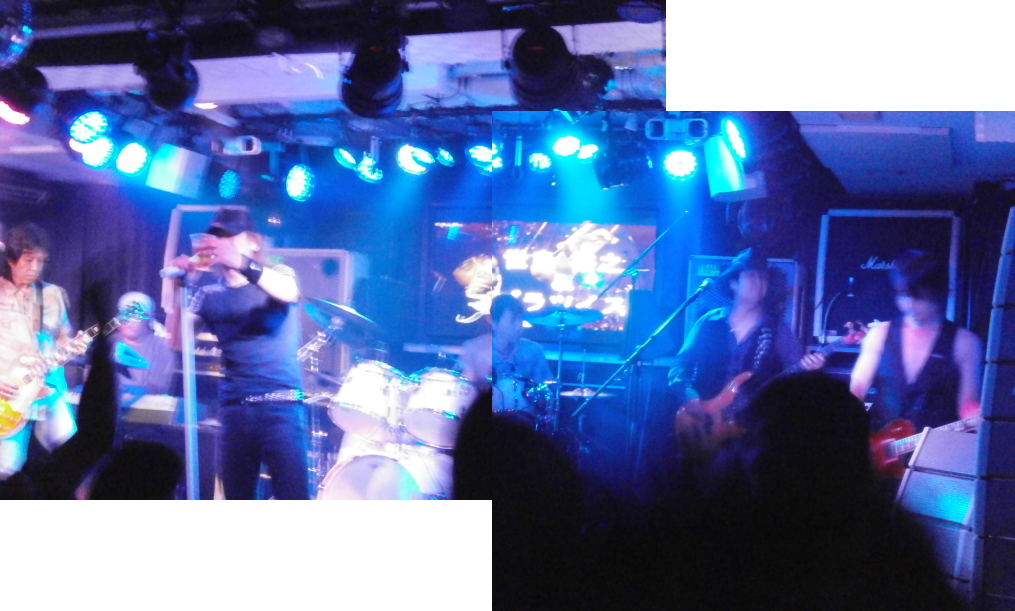 Each band played for about an hour.

All bands were well. I was quite stunned with the Niko (erhu) and the guitar play though.

He had to work the following Monday….. hope he did not hate us….

Juma looks like a shy and quiet boy and Mine-san sounds alot like me, I’d get really noisy during a concert and lose my voice at the end of the event ^^;.

First time hearing about medikara and I can’t really tell from that illustration 😛
Does someone with medikara have a really instense glare/stare or is it something to do with their facial features? Like someone who is easily noticed in a crowd, is that considered medikara?

Aha~ corny-chan~~~!
Thanks for the comment! Oh you could tell Juma’s shyness from the photo?!?!
He is kind of a shy boy indeed :D!! Was really cute though~.

You loose your voice at the lives too XDDDD?!?! You must be a wild type then XD!

Thanks for asking about Medikara!
It is the one you have written at first.
“have a really intense glare/stare”. Not sure about what you meant by “the facial features”….

http://ja.wikipedia.org/wiki/%E7%9B%AE%E5%8A%9B
It says,
“Medikara” is the impression that the eyes expression or the look give.
The person who has strong medikara give impression of strong will and inner strength.
Medikara is also said to show the person’s inner state, if you are happy it strengthen and if you are sad it would be weakened.
The person with no medikara is called “dead eye” XDDDD.

The expression “Medikara” is rather new. It used to be called “Ganriki” or “Ganryoku”.
Hope it will help~~~~ :D!!!
xoxoxo