Ariel is now back in Argentina adjusting his body to Argentine time, and me

writing about sightseeing blog with him XDDD. Lazy me.

On May 15th Ari and I went to the Osaka Castle. We were looking around about a couple
of hours I think maybe about 3 hours? But if you want, you can spend whole day there. 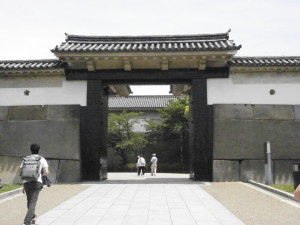 Had neat conditioned walkway to the castle leading to a huge gate. 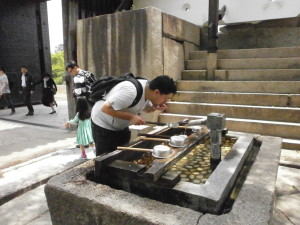 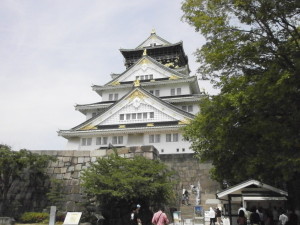 I think this was right inside the first big gate though, there were water place that we often see at the
entrance of temples and that sort. Seems it is called “Chouzubachi“. 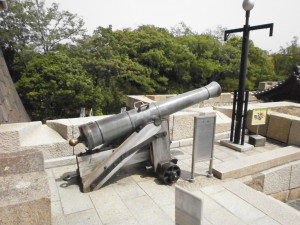 At the entrance of the Castle Tower, there was this artillery gun looking thing.

Ari and I believed this was the actual gun used for wars, but it was said that this is used for
time signal. 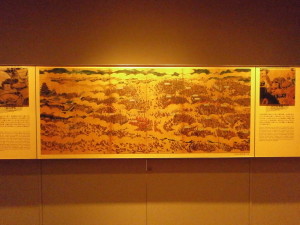 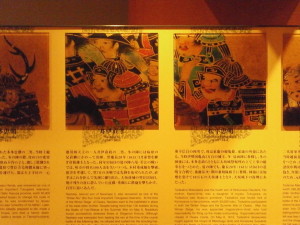 The drawing displayed inside the Osaka Castle.
It was surprising that in those small drawing, people were recognized who that was.

The guy who built the Osaka Castle is one of the most famous military commanders back at the
time around 16th centuries. His name is Toyotomi Hidayoshi.

He was born as a son of farmer family and became a military commander, so was pretty rare success.

He is known to love GOLD, so you can see gold something in the Osaka Castle. 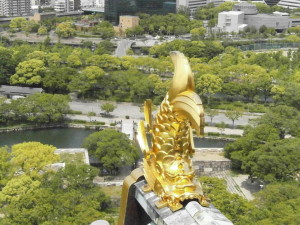 A glittering Shachihoko and there was a golden tea ceremony room in the castle, made me laugh.

We got hungry so gets out the castle and walked back to a nearby station. 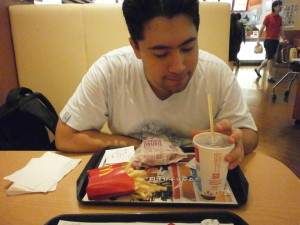 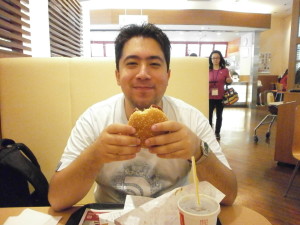 Ari having a Teriyaki burger set.
I was pretty curious about the McDonald’s size of food and drinks, but according to Ari,
those size are pretty much the same in Argentina.

Boy when I went to the US, EVERYTHING WAS HUGE. Especially drink!!!
S size there was almost L size here, and L size over there was like served in a bucket, haha!!!!

We saw something similar to a Dog Cafe in the building of IMP (mall). 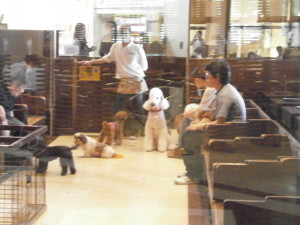 It says “This is not a Dog Cafe”….. but people were patting dogs…..

Maybe they don’t serve drinks and stuffs??? Was not sure what made them not a dog cafe….

The big white dog sat SO STILL that both Ari and I thought it was an ornament first XDDDDDD.

You can subscribe the blog by email or RSS. Check out the description below (^0^)/!!!