How are you doing?

I met up with Ryu-chan from UK last Thursday :D!!

I know Ryu-chan for more than an year by now I think :).

Oh as I checked through my conversation history on facebook with Ryu-chan,

I somehow thought it was in winter but guess remembered wrong :p!

Met him through a facebook group but this was the first time to see him in person ( *´艸｀).

A photo of Ryu-chan and me :p. 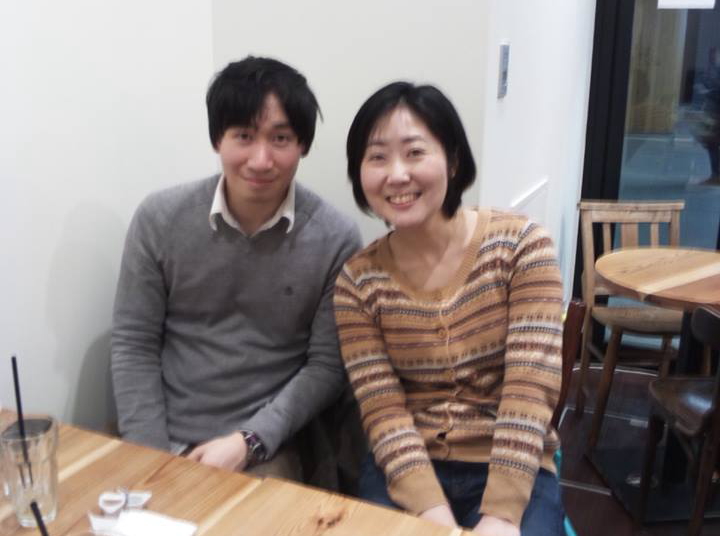 Even though the time spent was kind of short (about 2 hours), it was fun!!

before it was returned to China back in 1997,

it kind of fascinate me to listen to the story who in the family decided to move and stuffs,

cus moving to other countries seem pretty big thing to me.

When I asked about it to one of my friends Kibou-chan back in a while,

she said it is not really a big deal and

For Ryu-chan’s family, his grandpa decided to do it and he went to UK

alone first and prepared everything for the family and other people moved afterward.

According to Ryu-chan, his grandpa did not know any English when he first went to the UK.

It must be such an adventurous experience for the grandpa to went over and do all the stuffs!!!

it is a way that you can tell life threatening situation by feeling three pulses of your body.

I am just pasting the link for “San myaku” on the internet (it is in Japanese) :p.

This page might be good refer (also in Japanese but with some photos).

You will see what pulses you should feel at the link page about the middle ;).

“Oh OK those are carotid and radial =D!!”

Thanks again to come and see me Ryu-chan!

It was pleasure meeting you!!!!

Hello———-!   How are you doing? I went to Osaka yesterday to meet up with my friend Tony and his 2 girls!   It was SO MUCH FUN~~~! Tony married to a Japanese woman Read more…

Hi there! I had a friend came over to Nara today~ =D. Ho-kun from Canada!!! I did not know it until after I meet up with him though, he came to Nara to see Read more…