How are you doing today?

Did you have a nice weekend?

I went to my first H!P concert ever at Orix theater in Osaka on Saturday July 27th,

will write on this a bit later!

And met up with my lovely lovely niece at night and the following Sunday!

My niece does Karate

and she came to Osaka for a karate tournament.

My niece after the tournament with trophy + me :p.

She got the 3rd place! Good job Merumo!!

This is before the opening. The kids get together accordance with their age and lined up. 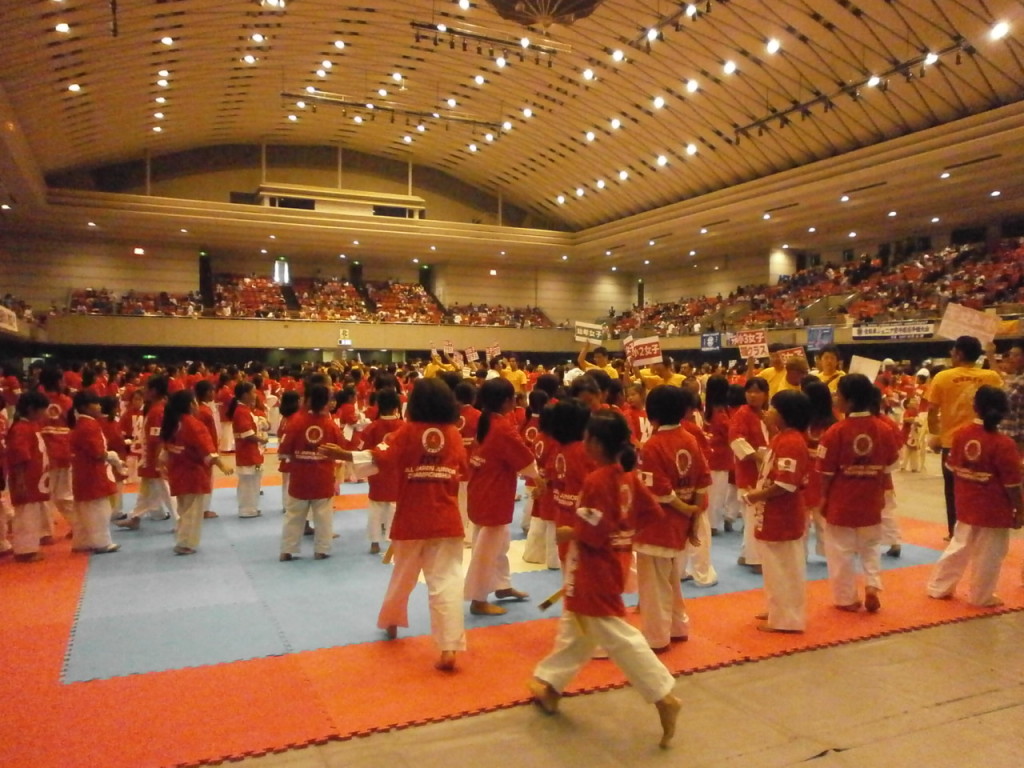 The tournament held on Sunday was the national tournament of Byakuren Kaikan.

There are several branches of Karate, and my niece belongs to Kyokusin kan.

My niece loves karate very much and she travels around to participate in the tournaments.

Even with the different branches. That seems a bit rare.

I am very happy that she has something that she enjoys that much!

and so as the rules.

At Kyokusin Kan tournaments (the one my niece belongs),

but Byakuren Kaikan’s match the one we attended this weekend,

the matches just go on until they know the top 2.

The kids gotta to fight every other match in Byakuren Kaikan tournament,

so it almost non interval between the matches. One match takes only a minute and a half.

So in the tournament of Byakuren Kaikan match much stamina is required.

This is my niece before the first match (the one sitting on the floor at the middle), with lots of tense.

Looked very pale. She gets VERY nervous before the first match every time.

She does well even with the nervousness though.

I could not take the photos of my niece when she fought since I got in the area and cheered her,

but this is the girl who beat my niece. 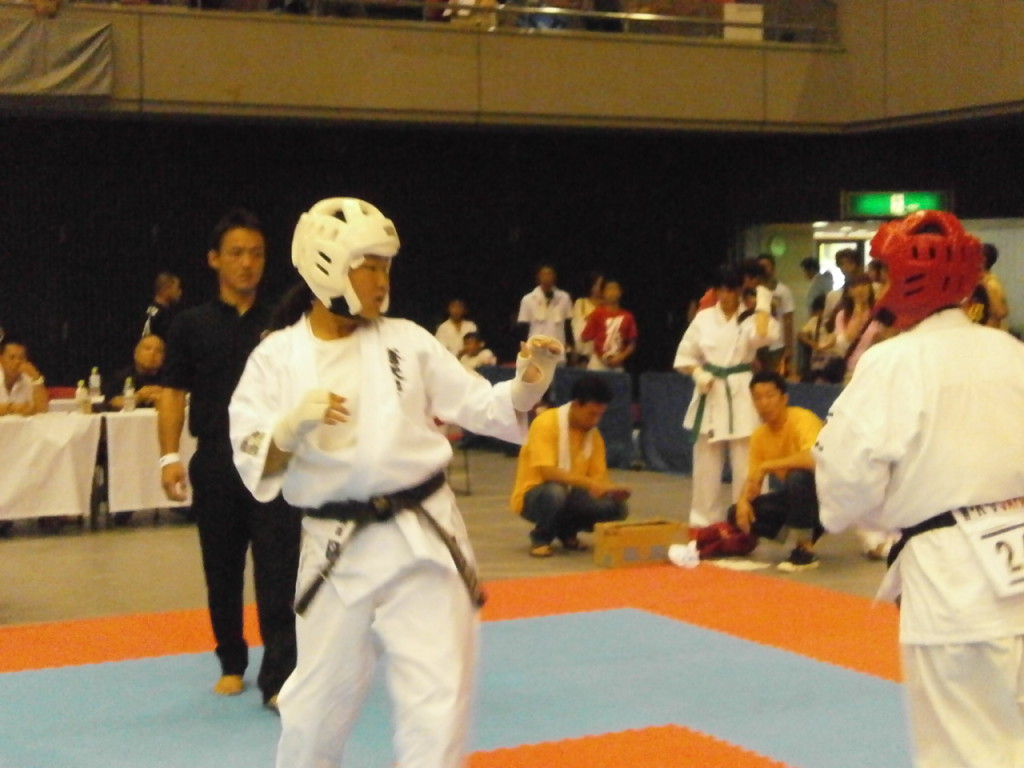 She looked in different standard from everyone else!!

My niece fought pretty well with the girl, gets 1 draw from a judge.

2 out of 3 judges thought the other girl was better. Seemed pretty fair.

It was the quickest tournament ever!!!

(Johnny’s is a Japanese men’s idol) and other shops in Osaka,

so we decided to roam around together and have fun!

It was just a lovely day with my niece!!!!

you can check this blog out!

This is my sis in law writes on my niece Karate Dojo (photos by my brother).
Many photos of genki kids! You will probably enjoy it!!